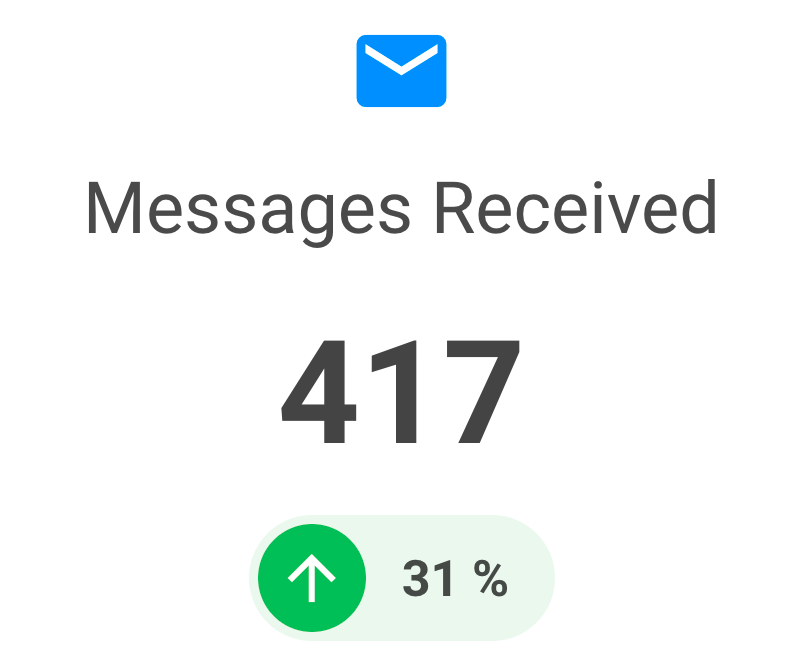 This metric measures the total number of emails which were received by this inbox in the time period covered by the report.All aliases are included, as well as all emails which are received to any groups which you belong to.Anything marked as Spam in Gmail is NOT included (with Advanced Filters, emails which were marked as spam manually can be included).Emails which arrive to an account you have permissions for (delegated) are NOT included.You may see a percentage which reflects the change in this number from the previous time period - this can either be green if more emails have been received, or red if less have been received.

Advanced Filters can affect this number, for example if you choose to exclude a certain domain or address from your report. There will also be a highlight if one of your metrics has shown an improvement, and this can be the Received metric.

You can share this with your Twitter and Linkedin followers!With this metric you can quickly see how many emails you received for the time period you are analysing. Combined with the Senders metric, it’s interesting to see if you are receiving a lot of mail from a large number of senders, or if a small number of users are sending a large volume.